Better than they do. 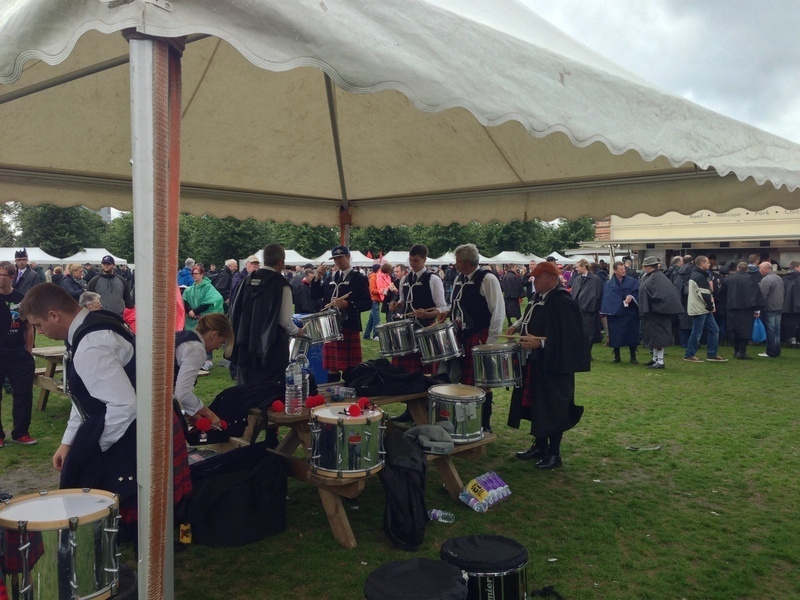 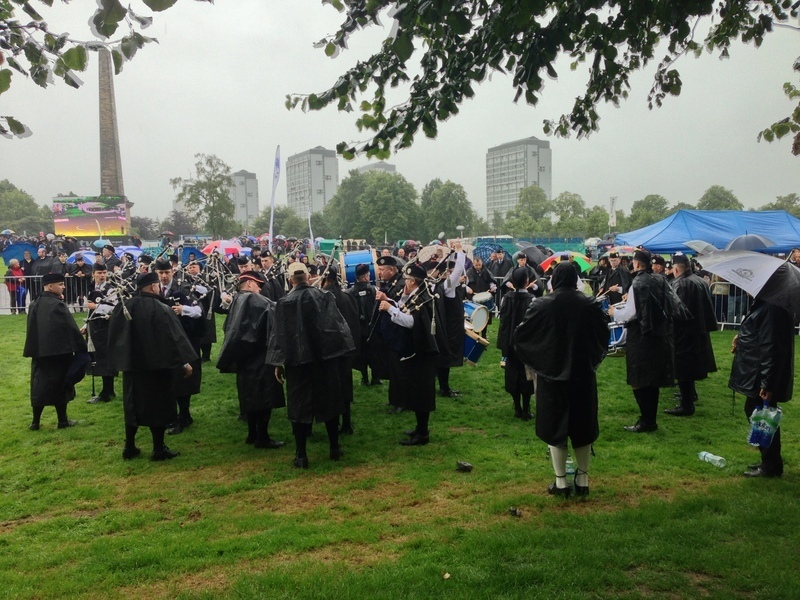 It's the line that launched a thousand Facebook statuses. "One more sleep to ...."

In this case, it's one more sleep to the Worlds. Or at least to the first day of the Worlds.

Day One will be a strange beast. Grade One will be running in 2 rings simultaneously, with MSR in the morning and Medley after lunch. Consequently I fully expect my vertigo to return with a vengeance. How anyone is expected to cover bands heading in two different directions at the same time is beyond me. I have been videoing all round me thus far on the trip, but I fear that I will find the contest intensely frustrating. Having been at the Inveraray practice this evening, I know they will be arriving at the Green at 9am for an 11am ish playing time. It will be a long day before the qualifiers are announced and Stuart Liddell was already warning his players about the need for an early night tomorrow in anticipation of making it to the Final.

I can't see too many surprises in the qualifiers although I liked Canterbury Caledonian more than I thought I would and a brief listen to the LA Scots drummers in the rain suggests they are greatly improved.

It's probably way too early to make final results predictions but I'm inclined to go along with the buzz around Triumph Street for a possible top 6 finish. The rider on that is that I heard them on Wednesday night which was many MANY bands ago.

Anyhow, it's a long day tomorrow for spectators as well as players, so it's off to bed for me... 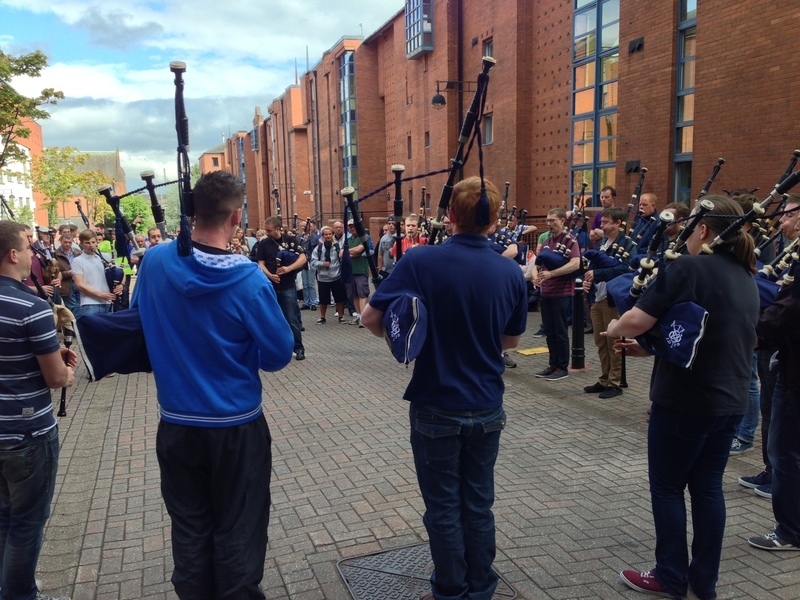 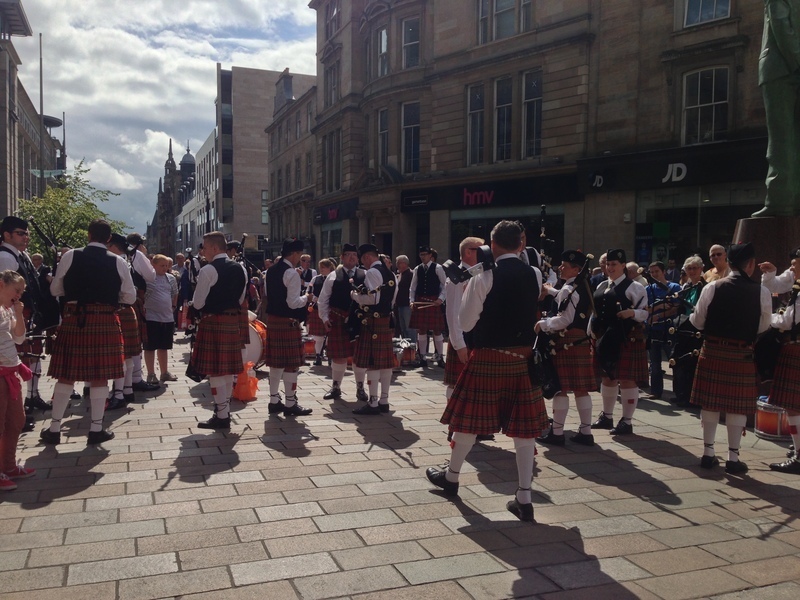 Just outside the Galleries 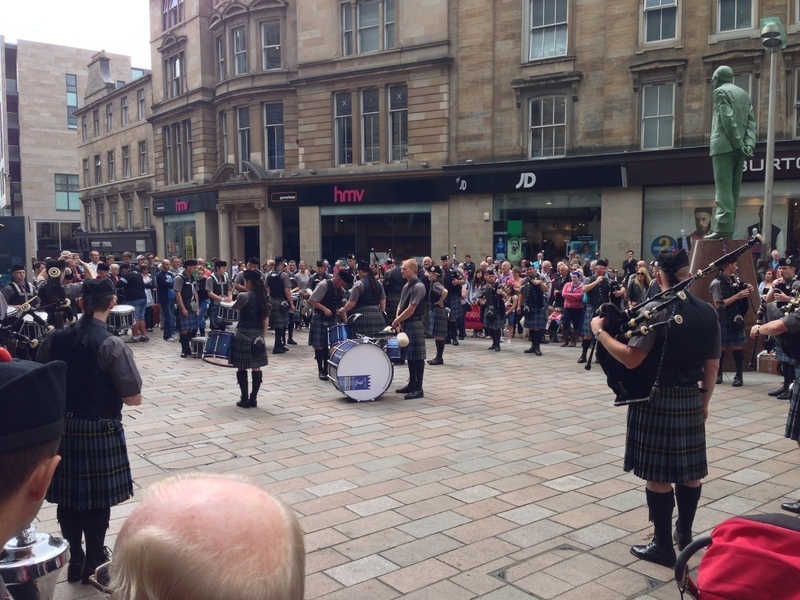 Do you know what the problem is?

There's simply too much on.

Worlds Week, now Piping Live, is sensory overload for the committed piper or drummer. Events everywhere (some rather remote) and practising bands round every corner are inclined to turn the head.

This year's programme seems fuller than ever. The printed booklet is good, but could do with a re-think on design. Each day is set out as if in chronological order, but in fact it isn't. You have to trawl through the pages to be sure of not missing something.

One of this year's biggest changes was the loss of the 'hub' at George Square, which is undergoing renovation.

The replacement at St Enoch Square is much less satisfactory. There is really no Square to speak of, so the performing bands end up jammed in at the bottom end. It is a less than salubrious part of the town, so bandsmen find themselves rubbing shoulders with a large number of drunks and junkies. Keep your head down and concentrate on the tunes folks.

A positive side effect is the decision to have Band Spots on Buchanan Street. The performing outfits now stop for fifteen minutes at the Concert Hall and halfway down the street, before heading for the Square. Predictably, the crowds at the stops usually dwarf the ones at the Square. Hopefully the changes to George Square won't prevent a return to that venue next year.

That could scarcely be considered a full review of the event - more a few thoughts as we go along. It's far from over yet....

Inveraray were put off by the rain but the Peelers are made of sterner stuff. 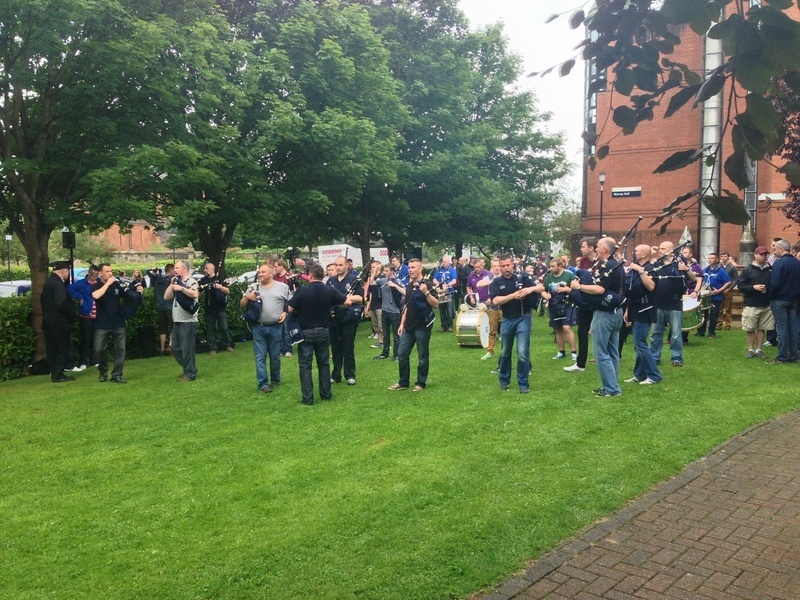 A slightly bleary Inveraray getting ready for a practice at The Lord Todd. 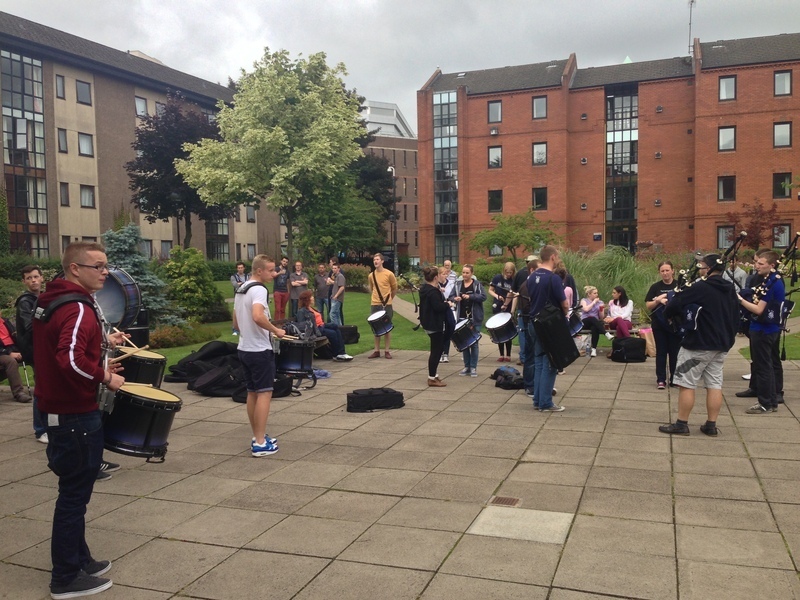 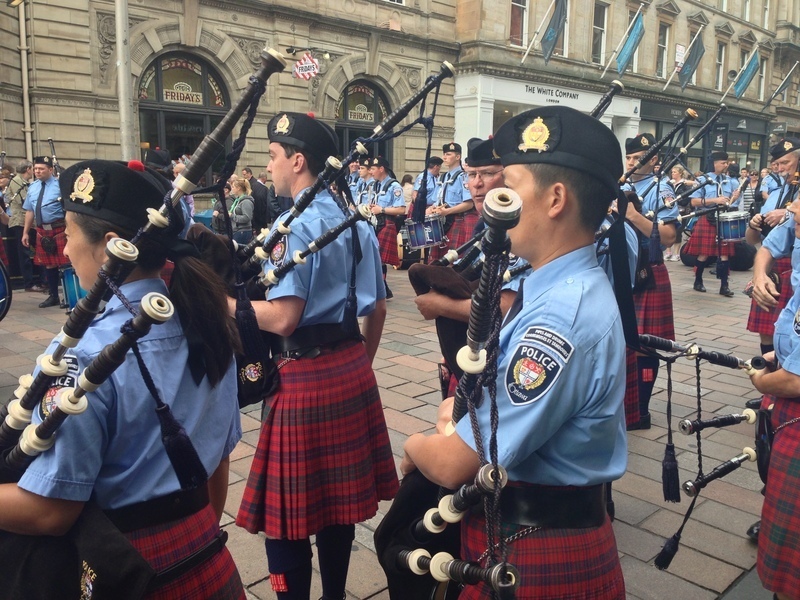