That's one day done and one to go.

The World Championships of 2015 kicked off under grey skies in Glasgow with the threat of showers to spoil the party. Thankfully, they never materialized and conditions were largely identical for the succession of Grade One outfits vying for a spot in tomorrow's final.

It's well known that Grade One now splits clearly into the Premier League and the First Division. For the premiership bands (FM Montgomery, Inveraray, Shotts et al) the risk today was only of a slip up - and there wasn't one. As a result, the usual suspects all eased through. For the rest, qualification would be a result in itself.

This year's likely also rans in the final will be the Halifax Citadel variant of the 78th Frasers and Canterbury Caledonian. Well done to both. However, looking at the calibre of bands they will face, it seems likely they will both be striving not to be last in the final.

I don't think that I spoke to a single soul in the park who had their mind changed by what they heard on the day. Smart money still seems split between FM, Shotts, Inveraray and SLOT. All seem to be going well, but FM in particular sounded sublime today - and the drummers were sharp and sympathetic to the magnificent pipe corps.

The crowd seemed slightly improved on last year's day one, but the hour and a half it took to sort out the results of only 22 bands did seem a little ridiculous.

The forecast tomorrow looks fine, with a risk of drizzle in the afternoon which could interfere with the Medley performances but all in all things are simmering nicely for the tightest Grade One title in many years.... 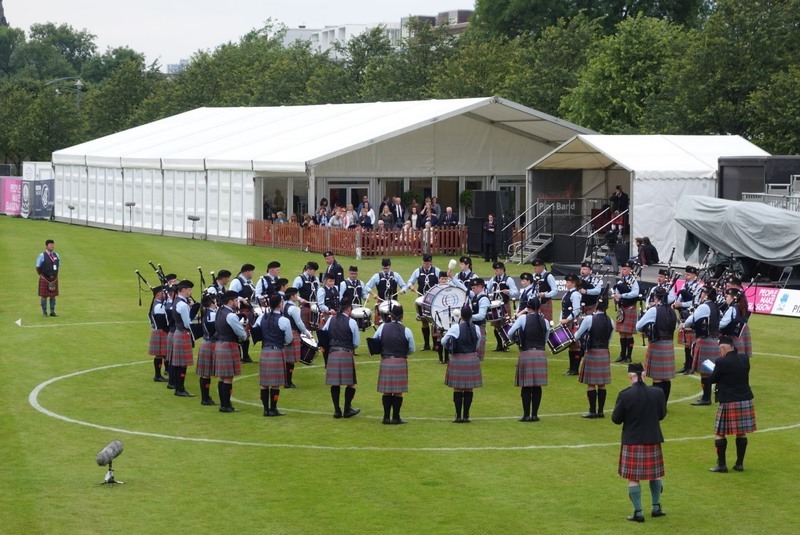