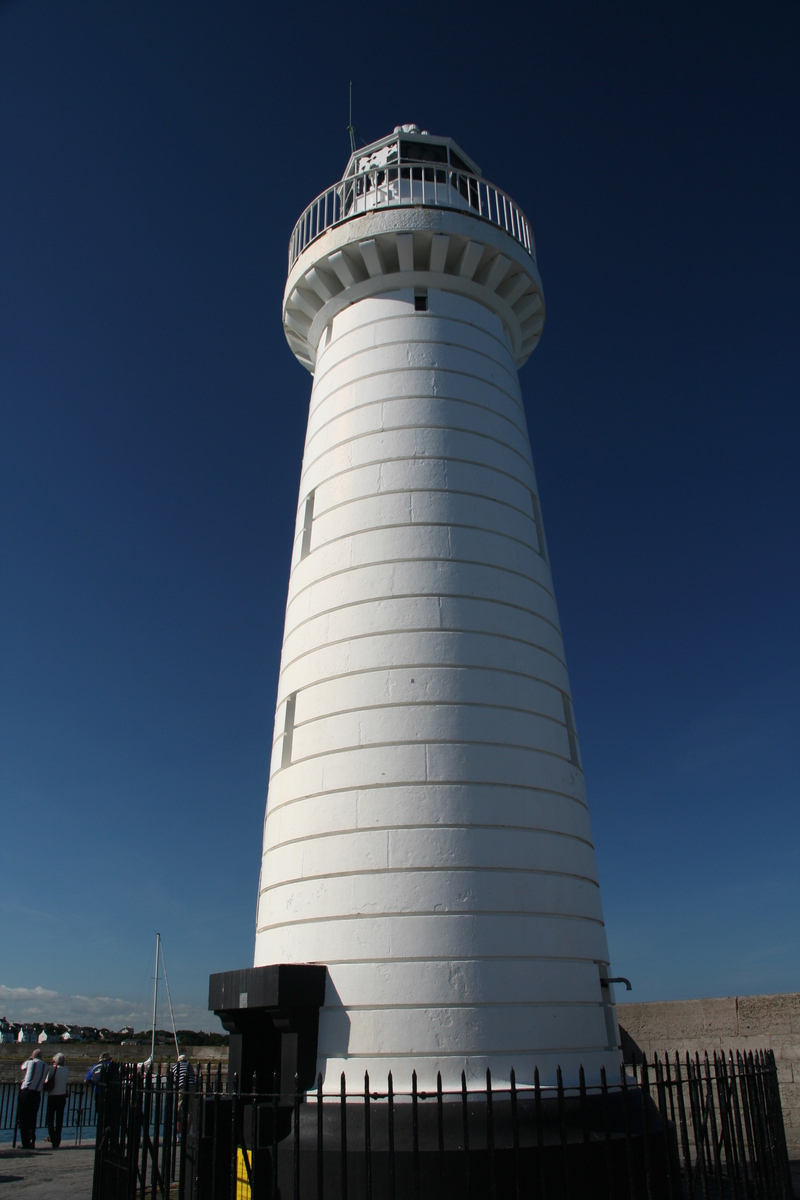 A rare creature. It is to be cherished and nurtured. They come along infrequently and must be treated with loving care - certainly not wasted.

As a result, today we went to Starbucks and then to Donaghadee for a Poke.

No-one would ever claim that our August Bank Holiday was wasted when confronted with such a sparkling itinerary.

Donaghadee was full to bursting and the play park was getting thoroughly used by locals and visitors alike. Mostly children. Spoilsports.

The summer pastime beloved of children - which seems to involving hurling oneself from the edge of the harbour towards the murky and litter-laden waters - was in evidence here, as it had been in Portrush last weekend. However, when some massive jellyfish were spotted lying in wait, discretion became the better part of valour and a strategic retreat was called in the diirection of the Chippy. This was a very great pity, as I was bare to the waist at the time and Mrs Ulsterscot was liberally applying goosefat to my pasty pelt. Maybe next time.

It was good to see Donaghadee so busy - a combination of the stunningly pleasant weather and the Bank Holiday, no doubt.

However, it did put me in mind of a proposal I heard some time ago for the etching of the names of those early Scottish pioneers into the harbour wall which was quickly frustrated by the listing status of the seafront. I have never been able to fully resolve in my own mind whether I come down in favour of the project or the preservation on that one - but I do think that there is room for some significant marking of the link with Scotland (which can be seen clearly in some of the photos).

Once you have inhaled your ice-cream and marvelled at the jellyfish, a bit of culture might be nice...