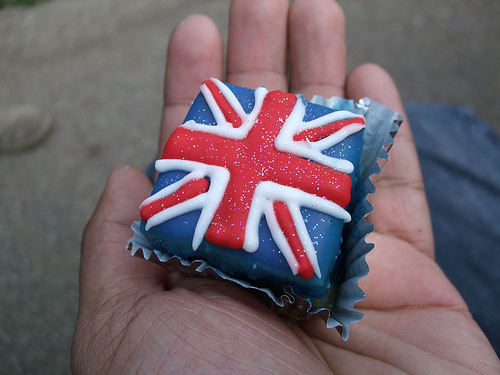 They say we get the politicians we deserve.

They are probably right. Indeed, there is fair chance that an awful lot of what we get is precisely what we deserve.

The human condition seems to involve a lot of whinging about things which are substantially our own stupid fault. That includes everything from hitting your thumb with a hammer and blaming Ikea, to watching your culture flounder and blaming Republicans.

Don't get me wrong. I'm happy to blame Republicans for quite a lot of things. It is also entirely correct to say that the ranks of nationalists, republicans, unionist apologists and culture snobs have massively held back development of all things Ulster-Scots, but sometimes we need to look a little closer to home when we are dishing out criticism.

It used to be said that in the Maze Prison, on the Republican wings, there was an atmosphere of studious intensity as inmates quietly flicked through books and took Open University Courses. On the Loyalist wings, flutes and drums were fashioned out of anything handy and parades were organised. The Republicans steeped themselves in their history and emerged as advocates for their cause. Loyalists painted murals on the Block walls.

Don't get me wrong, This is not some sneering rant against loyalists, loyalism or prisoners on any side. The problem isn't peculiar to the prisons or to the working classes. No. This problem seems to extend through every aspect of unionist society.

We lack a strategy. We don't see the big picture.

In my earlier post on a similar theme, I discussed what was the best way to spend money in a tightening economy. Scarce resources mean hard choices. Sometimes I wonder if we are fit to make those choices.

The picture for Ulster-Scots has improved massively over the past decade. For many years, with little or no thanks, a dedicated group of enthusiasts slaved away to secure recognition for the language which was finally achieved under the auspices of the European Charter for Regional or Minority Languages. In tandem with that effort, funding was secured for all manner of worthy Ulster-Scots projects, including the various schemes for marching band support and publication of some entirely worthy tomes.

The development was sometimes slow, sometimes rapid and mostly chaotic.

There was a strong sense that there was a massive "catch up" to be done and strategic thinking was often forsaken, in favour of a reactive approach. When an opportunity arose, it was grabbed with both hands and projects which were already on the go were set aside, to be resumed "when things quieten down".

But they never really did.

Although the funding would dry up from time to time and the media kept up a fairly constant attack on the community, there was always another battle to fight, another storm to weather.

So the culture has developed in "pockets". In some geographical areas is has been massively strengthened, in others it remains a private past-time. Some bands and musical groups have flourished, others have folded. The funding has been higgledy-piggeldy at best. It has not been underpinned by any philosophy or agenda. Rather, it has been seen that securing money for your local band ought to be its own reward.

I'm not suggesting for one minute that there is no merit in the funding of the bands. To do so would be exceptionally hypocritical. Nor am I even hinting at the notion that a huge deal of greatly worthwhile work has not been done.

The issue is that it can be very hard to discern the underlying ideology. The lack of that sense of direction makes us easier to distract. When we are distracted, we end up with Fitba days and Santa Hats.

We need a clear agenda. We need a strategy. A clear ideology. Every project then needs to be tested against the strategy. If it fits, it flies. If not, it dies. Simple as that.

This is where the "poliiticians we deserve" remark hopefully starts to make sense. Our fate lies in our own hands. We are going to have hard choices to make and must make sure that we have the right people in place to take those decisions. It is our responsibility to select the right people - if we don't, we can't blame "the others" when it all collapses around us.

The press has, in recent times, carried many stories about a high profile sporting organisation which has been criticised roundly for the behaviour of its committee and office bearers. Whether rightly or wrongly, the allegation seems to be of people being elevated to office through long service or popularity rather than ability or aptitude. I'm in no position to judge whether any of those allegations are well-founded.

However, I have certainly been in many organisations where that would be the norm. Actually, in most circumstances it makes little odds. If your Band has a clampet for a Chairman, an able Secretary can usually hold the unit together. If your rugby club committee can neither read nor write, a couple of ex-players with time on their hands can deal with the fixture list and keep things ticking over.

Fifteen years ago, the Ulster-Scots community, unfunded and unloved could get away with that model too. No longer.

What we need now is professionalism. We must make sure that our organisations and structures are professional in their outlook and in every decision they take. That is not to say that the answer is to have committees full of lawyers, doctors and architects. It doesn't take a professional to act professionally - and merely a degree or qualification is no guarantee of good sense.