I was once again plagued by incredibly bad cell reception yesterday and a further foray into Live Blogging from a contest was thus thwarted. Consequently, the post from yesterday morning has only appeared today - once we had returned home!

For anyone interested, FMMPB took the honours in Grade One, pursued by Ballycoan and Cullybackey, in that order. The rest of the Grades threw up few surprises, although it was interesting to see Seven Towers performing strongly in Grade Two - one to watch in that Grade next year, with Ravara safely out of the way in the Premier Division.

The town was packed to the gills and by noon today, we could still count some 35 or so Camper vans in the Lansdowne Crescent carpark. Proof that at least some of them were bandsmen came in the form of a football shirted youngster diligently practising with his Mace Pole - clearly keen to ensure that he doesn't become ring-rusty over the off-season!

The only contest of note which remains is the Cowal Games in Dunoon - beloved by many bandsmen - by me - not so much. It has always struck me as an excuse to go on the tear for a full weekend when most of the important competition business is out of the way. Alcohol fueled tomfoolery results. Not my kind of thing.

In any event, I took a dander round Portrush with my father this morning and took a few shots of the town and the coast - although the skies were less kind than yesterday, some of the shots still pleased me, so I have uploaded the gallery. Sobering to note that my favourite shot of the weekend was probably the lead picture from the post yesterday - which was again taken on the iPhone! Today's efforts are with the trusty SLR - and I don't see the equal of the phone picture! 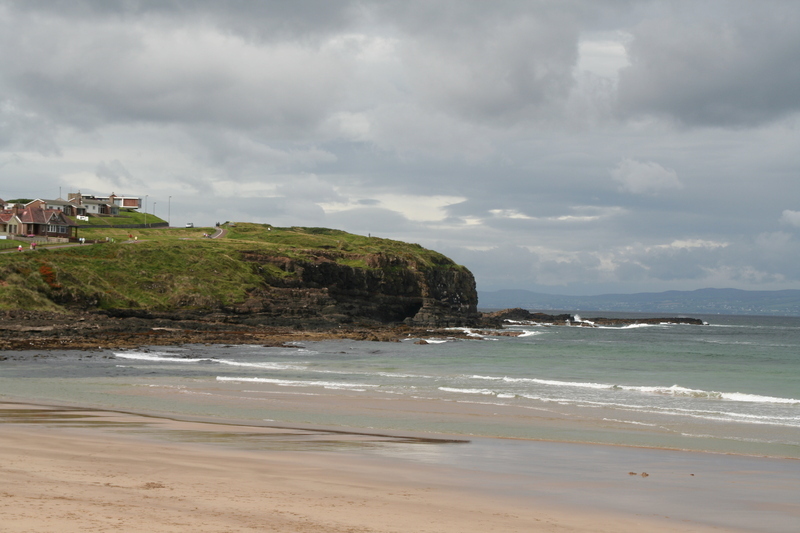