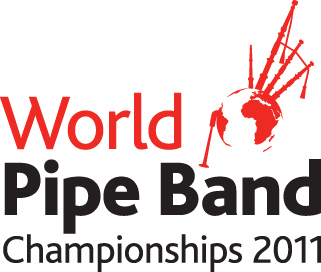 For the second year in succession, I intend to try to Blog live from Glasgow Green this day week during the World Pipe Band Championships. As regular readers will know, the results of last year's efforts were a little patchy - but only due to the appalling cellphone reception at the Green. Whether O2 will have done anything about that remains to be seen, but I will be persevering anyway. I think that I managed to get the full Grade 1 results onto the web before practically anyone else and I'll try to do the same thing this year.

One addition this time round is the addition of autoposting to the Aiblins Facebook Page. I know that a lot of bandsmen are Facebook addicts, so it may be that this would be as good a way as any to keep up with what is going on. Each post should autopost immediately from the Blog and it will also be sent to the MrUlsterscot Twitter feed.

I will be roaming the Green, armed with video cameras as well - but the YouTube Channel won't be updated until I return to Ulster.

So - in summary - there is no excuse at all for anyone not to know exactly what is going on minute by minute at the Worlds this year. Between Live Blogging on here and the Grade One live streaming by the BBC, you are spoilt for choice!