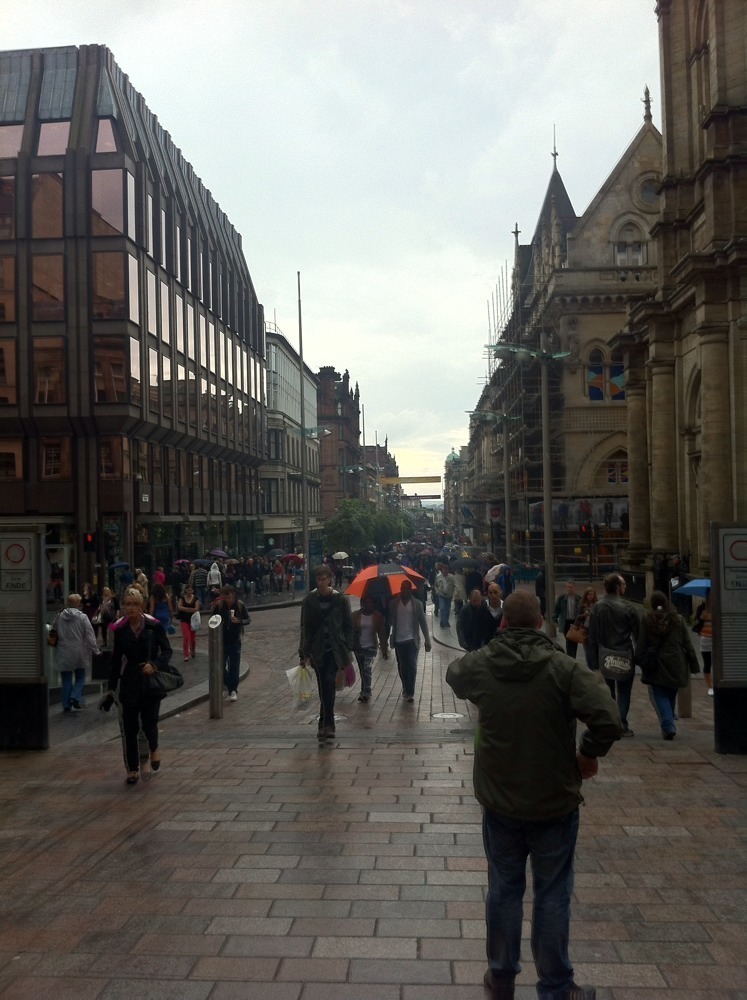 The abnormal sunshine of the last few days in Glasgow has been replaced by more usual grey skies and heavy spots of rain.

This year we have seen the last (for the time being) of the one day Worlds format and next year will be a beast of a very different breed. Grade One will sprawl over two days with some top outfits playing a total of 4 times, if lucky enough to make it to the 12 band Final.

The lower grade bands will find their World largely unchanged, save for the fact they may end up having it on a Sunday.

It seems that the new format is chiefly aimed at placating the overseas Grade One contingent, who until now have run the risk of playing at 9am on the Saturday morning, not qualifying, and being reduced to spectators for the rest of the day.

One wonders if the RSPBA might have been better employed on looking at whether some of those overseas visitors really ought to be in Grade One at all. With the removal of some of the makeweights, the premier grade could be trimmed to manageable proportions, with say a 20 Band grade running in the existing final format, starting at about 11am. No need for the second day. The mutterings amongst the pipe band brethren are that the whole thing is financially motivated and there are still questions to be answered about the cost of the extra day for spectators and for bandsmen wanting to watch on their "non-playing" day.

This year's event seems to have been a broad success. The RSPBA made their now traditional blunder with the results, getting Grade 3 wrong this time. Last year it was the drum majors, the year before, Grade One. Bets are going on that next year they will print the programme upside down.

The Grade One results this time round were not without controversy. Few would argue that Field Marshal is the best band on the circuit but they apparently had a dodgy start to the MSR which certainly sent the online world a-flutter. SFU seemed strongly favoured on the Internet but the Judges clearly heard it differently. Power had great runs and seem to be approaching FM's standards of playing, if not quite getting there on sound.

The Boghall drumming prizes were very popular - and hopefully not overshadowed by the 3 month suspension doled out to Jim Kilpatrick. The absence of the fractured Shotts outfit left a bitter taste in the mouth for many, but Boghall has been perhaps overlooked as a corps in the past - and maybe unfairly.

One thing we can be sure of, any more rumblings about unfair judging and bias will once again be restricted to the physical Beer Tents and band halls - the thought police will make sure that the Internet will become sterile and docile.

So. Onwards to next year. Suppose I should be practising......