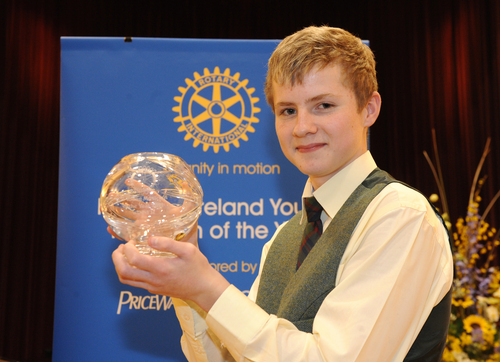 More years ago than I really care to remember at this point, a document came into being, styled From the Margins to the Mainstream - it laid out a vision of where Ulster-Scots needed to go, and how it needed to get there. Although the document itself seems to have long since disappeared, its principles (or indeed just the title) keep bouncing into my head. The whole notiion was that for Ulster-Scots to be really accepted, it had to be mainstreamed. I would like to think that this concept shouldn't require much by way of explanation. Nevertheless, I will needlessly point out that the idea is that Ulster-Scots should not merely be "tacked on" in various areas of society, but should be an integral part of life in all its aspects.

Thus, there should be no such thing as Ulster-Scots history - simply "history", a full understanding of which includes much that is Ulster-Scots. History is perhaps one of the most obvious areas for this sort of argument, but it applies pretty much across the board.

Thankfully, that delivers me neatly to where this post was supposed to be heading.

We have had a bit of good news in Northern Ireland, but a bit which I suspect may have passed many of us by due to a pretty shameful lack of publicity, so I'll tell you what I'm talking about:

Bradley Parker, a gifted piper from Portavogie is Northern Ireland’s Young Musician of the Year for 2011.

Bradley is fourteen years old and attends Regent House School in Newtownards. He achieved the 2011 Crown in the Harty Room at Queen’s University on Saturday, March 5 against competition from 14 other finalists.

The winning performance was a selection of jigs. Bradley has been playing since he was five-years-old, and he has an already established reputation as an outstanding performer. He is tutored by John Wilson in Paisley and travels regularly to Scotland for his piping lessons. The Young Musician title is scarcely his first - he has been competing and winning at local and national level for several years and holds a world record by virtue of winning best overall under-18 piper at the London Piping Society Championships.

Now in its 19th year, the Northern Ireland Young Musician of the Year contest is run by the Rotary Club of Comber.

The most encouraging thing about all of this for me is the mainstreaming effect. A lot of years ago, a piper from my band used the bagpipe as his instrument for GCSE music at his local secondary school. As far as I can recall, Monkstown Mossley Band also had a number of members who did the same thing (not surprising for what was essentially a school band). However, it still seems that the bulk of children at schools here are condemned to scratch away at violins and honk soulessly on French Horns when parents insist that "learning an instrument would be good for you".

There is no reason at all for that.

Bradley has shown that there is no reason at all why the pipes cannot be considered the equal (at least) of the piano, the clarinet, or the mighty kazoo. Prizes can be won. Parents can be made proud. Neighbours can be irritated.

Certainly, it can be done.

It must be done.

The RSPBA NI has done fine work over the years with its Education Committee (latterly the Northern Ireland Piping and Drumming School) but relegating piping and drumming to a position as simply an afterschool activity or hobby is to leave it forever on the margins. Although piping in Ulster remains strong, the highland pipes are hard to master. Learning needs plenty of practice - just as the fiddle does, or the piano. When a child learns the piano, they may have lessons after school but I suspect that most of them also toil under the tutelage of a school music instructor. There is no reason why the ranks of bands in Northern Ireland could not supply a healthy number of peripatetic teachers.

From there would grow a number of school bands - the same system as persists in Scotland, which has resulted in some very impressive outfits.

If you have offspring who are of school age and are thinking of forcing them to take up a musical instrument (almost certainly against their will), why not approach your school and see whether they will allow the pipes (or snare drum) to be options? Let's jump right into the middle of the mainstream.