The day after the Worlds can often seem a little flat. So much piping and drumming takes place in the Worlds Week - now rebranded as Piping Live - that the cold turkey on Sunday can be hard to stomach.

Funnily enough, in my experience, the two day championships have largely put paid to that feeling. I'm not saying that I'm sick of it all - I just feel like I have had my fill. Walking through Glasgow this morning, the husks of bandsmen clambering onto buses would seem to agree.

It is maybe too early yet for a proper post mortem on the results. Facebook is awash with the usual fan boys shouting loudly that their favourites were harshly dealt with. The more considered analysis is someway off. I did see one post mentioning the family tie in the medley judging. A Field Marshal loyalist quickly replied that they could have been 5th in the drums and still won. Whether that maths is technically correct or not, it fails to appreciate that the issue is less the placing than the gap between any given band and its closest competitors.

Anyone listening to FM this past year would find it hard to place the drummers in second place in any contest. Look lower in the results - at the bands with pipe corps capable of approaching the Parkes gold standard - and where do we find their drummers in the medley? Well out of it. Inveraray 6th? Power 5th? Boghall's pipers have slipped a fraction, so it was safe enough to have them 1st. Shotts are not yet the complete package, so 4th was okay. SLOT in third was probably the biggest risk to FM overall, but that powerful corps would look ridiculous much lower.

Granted, FM played their more comfortable medley in the final, but the high drumming place will raise a few eyebrows. Either that, it the low position of 7 for the drummers in the MSR will do likewise. Indeed, looking across the FM drumming performances for qualifying and final it reads 3,2,7,2. The seven is the outlier.

The reason that the medley will draw attention is the family connection. When considering bias, it is well known that the appearance of bias can be corrosive, even if no actual bias exists. Most bandsmen will know that certain judges are felt to favour certain outfits. It is probably inevitable that they will do - prejudices about playing style or tune selection will always out. When a judge at the top level level happens to be the brother of one of the key competitors the eyebrows will start well raised - before a note is played. Whether it had any impact on the results, it shouldn't be allowed to happen again.

Away from the playing, my personal jury remains out on the two day experiment. I wouldn't applaud the Association for partially fixing a problem which they created themselves last year. Akin to the man seeking praise for stopping beating his wife - they shouldn't have done it in the first place. "Better than last year" - that's my damning with faint praise. The solution? Deal with the Grade 2 bands wrongly placed in Grade 1. Split Grade 2. Shorten the finale. Speed up the results. Simple.

Still, the whole event will provide conversation in band halls for the next week - and we will return next year to do it all again... 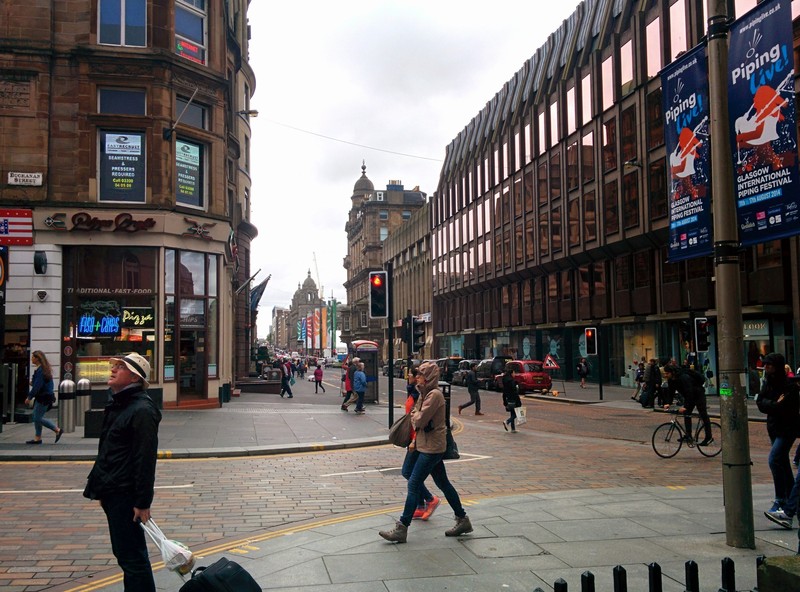