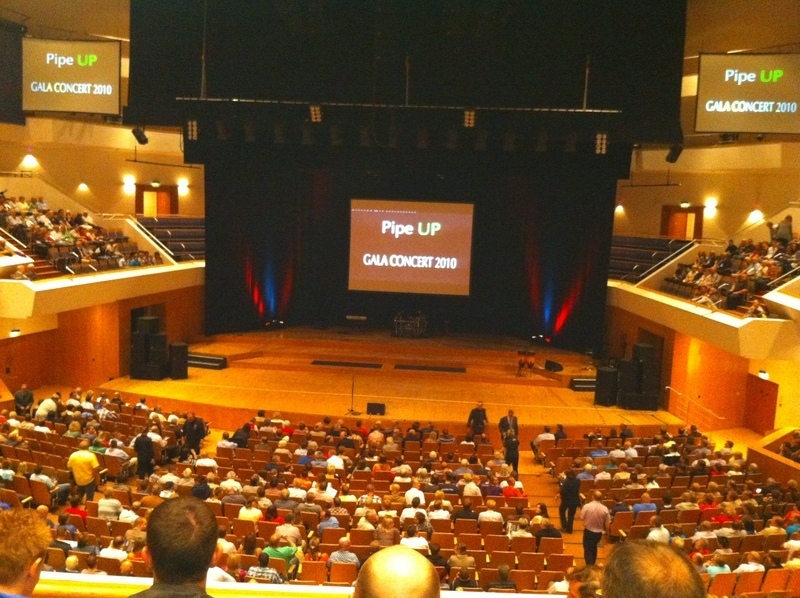 Despite still feeling pretty poorly, I simply couldn't stay away from the piping and drumming event of the year - particularly when it was right in the centre of Belfast!

To have the chance to see either Field Marshal or SFU on the stage is always a treat - but to combine the two is probably a once in a lifetime experience. In their remarks during the concert, both Pipe Majors seemed aware of the historic nature of the event and it appeared that the capacity crowd was excited from the off.

The evening kicked off wiith a combination of the two bands and then the first half was essentially handed over to FM with SFU taking over in part two. It was rounded off by another "two-hander", at the conclusion of which the bands walked off stage, still playing.

The quality of the music was uniformly high, although it is probably fair to say that SFU had the better "back end" by quite a way and also had provided a more overtly entertaining list of tunes.

The usual nagging of the Waterfront staff about the taking of photos and video was much in evidence. I know that intellectual property rights should be jealously guarded but I had the impression that a lot of the audience were irked by the constantly whinging. Most people just wanted a snippet of video or a quick picture to remind them of a great night out.

The night was scheduled to start at 7.30pm but probably ran about half an hour behind that. It didn't conclude until well after 10pm!

On this evidence, Belfast (and Northern Ireland in general) is certainly able to support the big concert events and it would be nice to see a regular pre-Worlds show to rival the fixture of the Glasgow Royal Concert Hall night - which features SLOT this year. Rumours are already abroad that the Northern Ireland Branch of the RSPBA is planning for future events - they should be encouraged by last night!