The trudge back to the airport. The sterile check in area. Security. Any liquids, sir? Spotting the faces of yesterday's competitors, either deflated or elated, as they manhandle drums cases and pipe boxes off coaches. This time I also rather enjoyed the spectacle of the be-turban-ed Malaysian Sikh band queued to check in.

Waiting in an airport coffee shop gives time to think back on the week and the lessons learned. Personally, the main one would be to wear thicker socks as the street pounding round Glasgow has left me with the hobble of a much older gentleman....

Piping Live continues to be a glorious festival of all that is great about piping and drumming. The ache in my feet would suggest that the various venues across Glasgow may be spread too far apart. Although I always end up spending a lot of enjoyable time at the National Piping Centre, the venue is much too cramped. I wonder whether, given the enormous expanse of Glasgow Green, a tented village could be created there to serve as a hub through the week. The George Square performance area would need to be preserved and "Bands on Buchanan Street" has proved a successful initiative, but the relocation of events currently staged at the Piping Centre and the College of Piping to marquees on the Green would allow for a true "festival" atmosphere to develop. Although I have written before that I find it almost inconceivable that the Worlds will venture outside Glasgow again, the "tented village" concept would almost certainly have to be employed if it did.

My highlight of the week was attendance at the Inveraray practices at the Todd. It was a privilege to watch them work. A particular high point was the chanter practice behind the bar. The harmonies in the Hector the Hero Medley are somehow even more haunting when played more quietly and without drones. Spellbinding.

The Two Day Worlds looks set to stay. Two days of almost entirely dry weather brought crowds back to the Green - although Day One is still quite poorly attended. Inflated prices from food vendors and the usual Finale That Wouldn't Die™ remain bugbears but at least the finale is more tolerable when you aren't getting rained on. The new feature for this year was the removal of an adequate public address system. They seemed to be using one of those speakers you can plug into your mobile phone to annoy passersby. Either that or the entire crowd had gone suddenly and simultaneously deaf. Well done, RSPBA. Nobody saw that coming. And if they did, they certainly didn't hear it coming.

On the playing front, we have likely witnessed the end of an era. This season has seen quite a number of bands get up into the heady atmosphere previously occupied alone by Field Marshal.

I doubt, however, that this will now be an era of dominance by Shotts - or indeed any band. I think what we will see now is the Majors being shared out between four or five outfits over the year. The Jubilee trophy could well find itself jumping from one trophy cabinet to another year on year.

Whether it will make its way back to Ulster is less certain. In the short term at least. Personally, I don't accept that the FM drummers are as bad as they are being painted. Perhaps I'm too willing to actually listen and THEN form an opinion...

However, playing against the Kilpatrick, McWhirter or Creighton outfits will always lead to unfavourable comparisons. We are certainly spoiled for great back lines - and it will become harder and harder to separate them as well. The styles of playing of each of the leading drummers are reflected in their corps and it appears to me that any observer will tend to select their champion based on the type of drumming they prefer, rather than an objective standard of near perfection.

Every so often, someone suggests that we should do away with piping and drumming judges and just have multiple ensemble judges - after all, the test should be for "best band" which is often more than the mathematical sum of its parts. That may not be the answer but right now it looks like the incredibly high standards may require a different approach to judging when trying to separate the wheat from the even better wheat...

If there was one band on the day that I could have listened to all day, it was Inveraray. Even though I had heard them on two other occasions over the week, I kept being drawn back for a little more. If there was a judge tasked with ruling on Medley composition they would have been in a class of their own.

One annoyance on the day was the constant supply of drivel via social media. The advent of the live stream has been a superb innovation, but it is no substitute for being there. And even being there isn't all it is cracked up to be. Whether huddled around the arena, or even in the sparsely occupied stand, you are a long way back from the bands. It was a windy day and with each gust, sound was either blown towards the listener of whisked away. The limitations of broadcast technology and home speakers will always result in imperfect transmission. To be the judge, you need to BE the judge. By way of example, when listening to Shotts walk in to the MSR, I could have sworn they had an issue with their rolls, but I now put it down to the wind affecting what I could hear.

Yet still, after each band played, we were treated to "*insert name of band here* won it out of the park". To my mind, the only sensible approach was to accept that the contest was incredibly close, quietly pick your own favourite, hope the judging would be fair and await the result.

So, was the judging fair? Hard to say. As usual, I spent most of my time in the tuning park. As a result, my opinions were based more on what bands were going well rather than the crucial performance in the arena. I could have accepted victories from any of about five bands as being within what was possible. Shotts was one of those outfits.

The only disquiet I feel is about the FM drumming scores. I accept that they could be fair enough, but I can't help feeling that 7 & 8 happens to be about as low as a judge could get away with putting them. The drummers who beat them could potentially have done so. The ones below couldn't. That has a slight whiff of set-up. You know? The sort of "it's not your year, fellas" thing that people chat about in beer tents. That makes me a little uncomfortable.

Having said that, look at the bands that beat them. Shotts, SLOT, Inveraray. Reasonable enough that each of those bands would deserve a top three spot? Absolutely. Fair enough then.

Squinting at the Master sheets night wasn't a desperately scientific exercise, but I'm happy enough that the top six were all good value for it. It might be a little revealing that there isn't anything like the same chat about the judging this morning as there was at this time last August. Although that may be due to the post Worlds collective hangover. I'd give it a day or two.

My flight has been delayed but there's only so long that a person can nurse a cup of tea in Glasgow airport before café staff start to grumble, so I'll wrap it up there and make for the gate. Same time next year then? 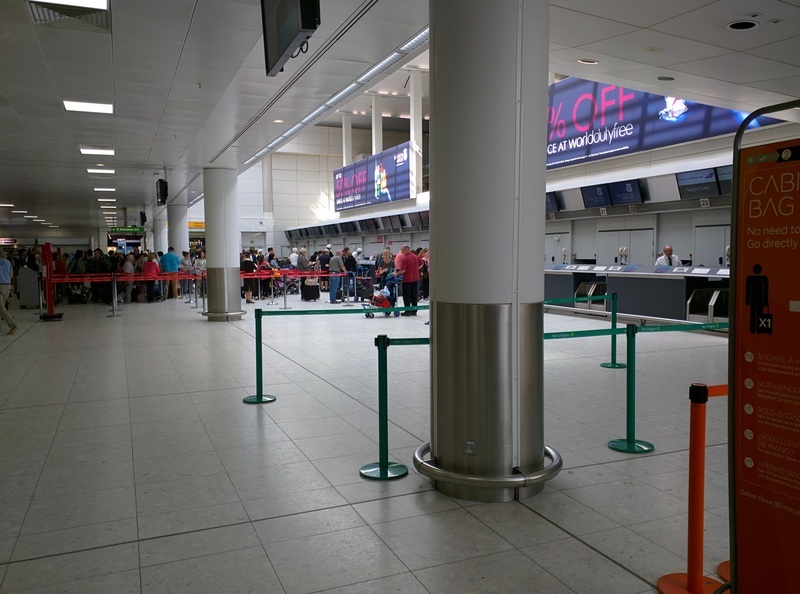