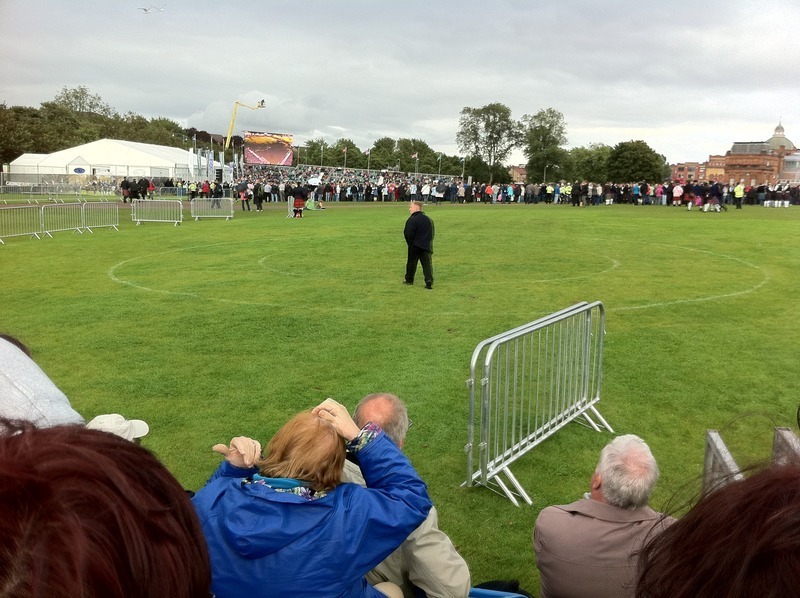 The playing is over, let the interminable nonsense of the Finale begin.

Having had a couple of wee vertigo wobbles, I have retreated to the safety of an abandoned stand and am waiting while over 200 bands dander slowly into the ring to the dulcet gulders of Mervyn Herron. There has got to be a better way of doing this.

Well, as usual I spent my time in the tuning park and can't account for the effect the ring may have had, nor can I comment on the actual performances in there. Furthermore, I didn't see SLOT at all, although one of their players told me their MSR had gone very well.

So, taking into account all those riders, I liked FMMPB, Inveraray, and SFU. Most of the others were competent but uninspiring. I know that sounds harsh when talking about such great players, but you know what I mean.

The overseas bands should be bringing up the rear - and some way back, to be honest. My nagging doubts about the judging remain - it sometimes looks like a few get into the Final simply by virtue of having travelled so far. It will be easier to confirm or refute that notion once I get a chance to watch the Internet feed from the BBC at home.

Anyway, not long to go now - stay tuned for the results. 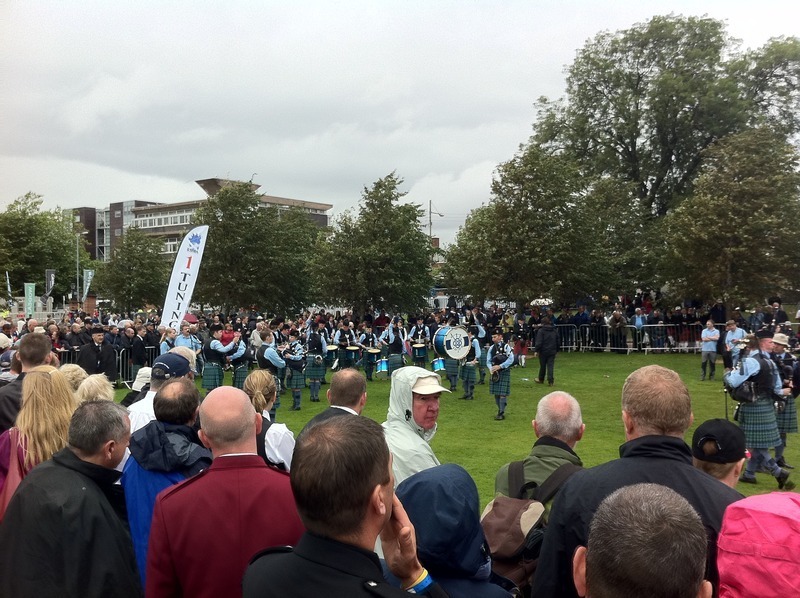 Following a brief shower, Inveraray are back in final tuning. They are sounding pretty special and may well be high in the top six.

The buzz is that FM were good. Unbeatable? Who knows? 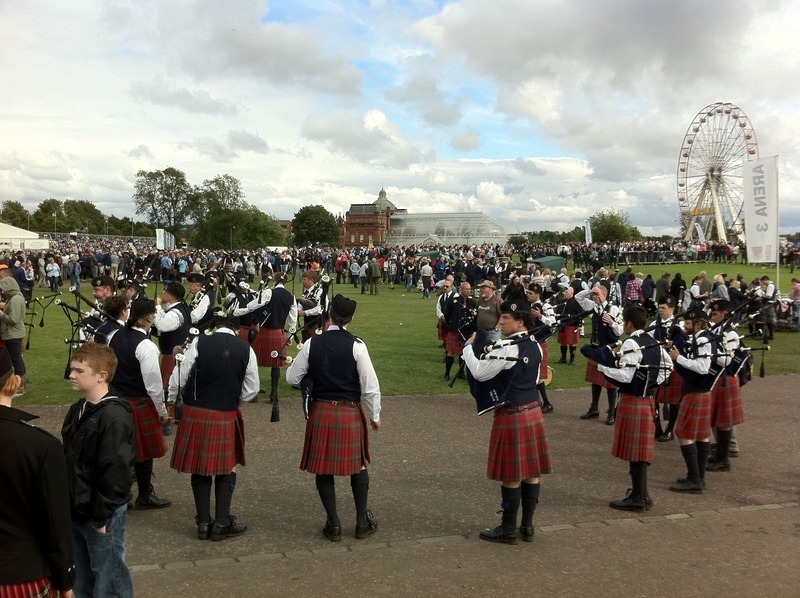 Compare the crowd watching Shotts to absolutely no one watching Oran Mor!